Target and Target Group of the Multichannel Campaign

The lives of girls and women have deteriorated as a result of lockdown. Now more than ever, they are confronted with domestic violence, child marriage, teenage pregnancies and female circumcision. Due to corona, around two in three girls and women run the risk of becoming victims of violence, including sexual violence. Amref Flying Doctors is fighting to stop this devastating violation of human rights.

After scanning the QR code on the payment form in the house direct mail, the donor is automatically redirected to a personal donation page. We created this page in the campaign control center, a centralized system for setting up and monitoring fundraising campaigns. Here, we can also keep track of the results, such as: 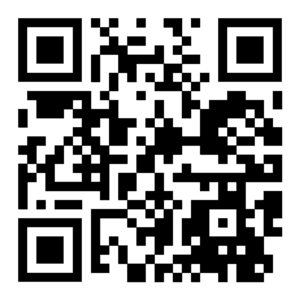 The donor mailing consists of a 6 inch giro with QR code, a letter, a C5 envelope and a leaflet. 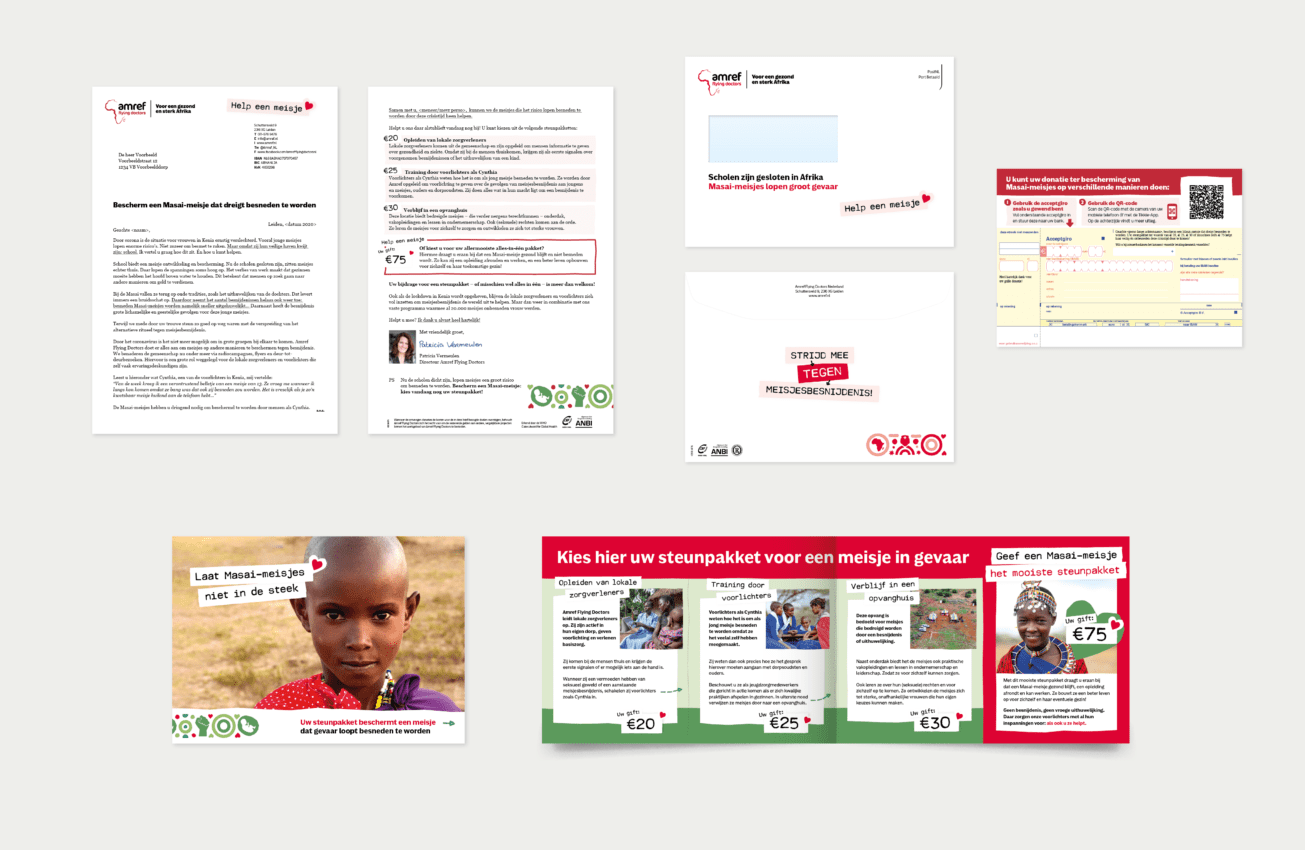 The reminder consists of an 8 inch giro, a letter, a giro envelope and a leaflet. 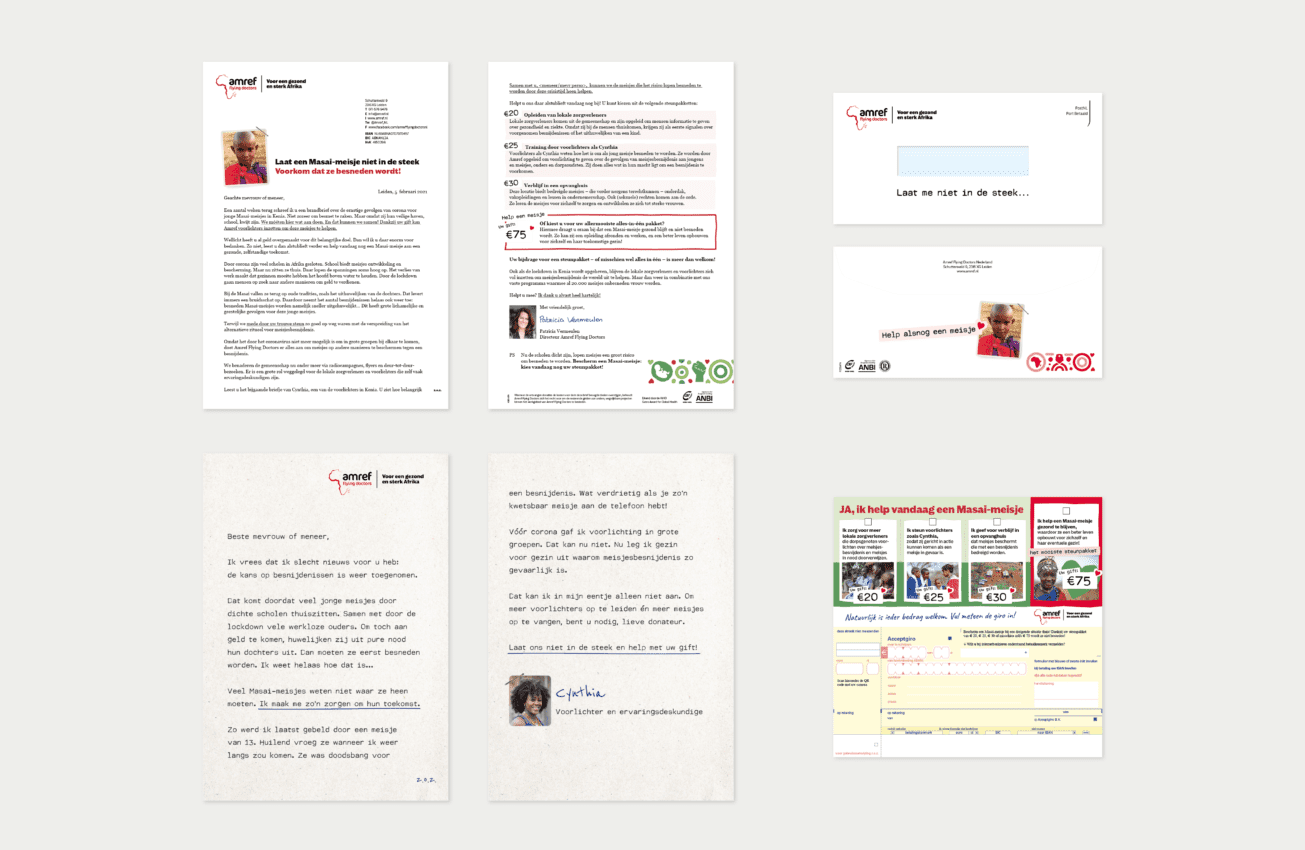 About Amref Flying Doctors and Mindwize

The girls pay the price

Due to corona, almost 2 in 3 girls and women are at risk of becoming a victim of (sexual) violence. Amref Flying Doctors fights to stop this devastating human rights violation!